Ashley was born and bred in Launceston and moved to St Austell in 1985 having been recruited as an ECLP Trainee Accountant. He met his wife, Alisa, while working together in John Keay House and they have 2 teenage children, Kieran and Jodie.  They moved up to Theale near Reading in 1997 and were there when Imerys acquired the ECC Group in 1999, fortunately returning to a role back in Cornwall.  In fact, his 2 brothers have also been tempted away towards London in their jobs, but they've all come back to the Westcountry.  While more a sportsman than a singer, Ashley is very keen to support and sustain the Choir and maintain the proud tradition that it has.  This will also continue the links between the Choir and the active industry that it represents. 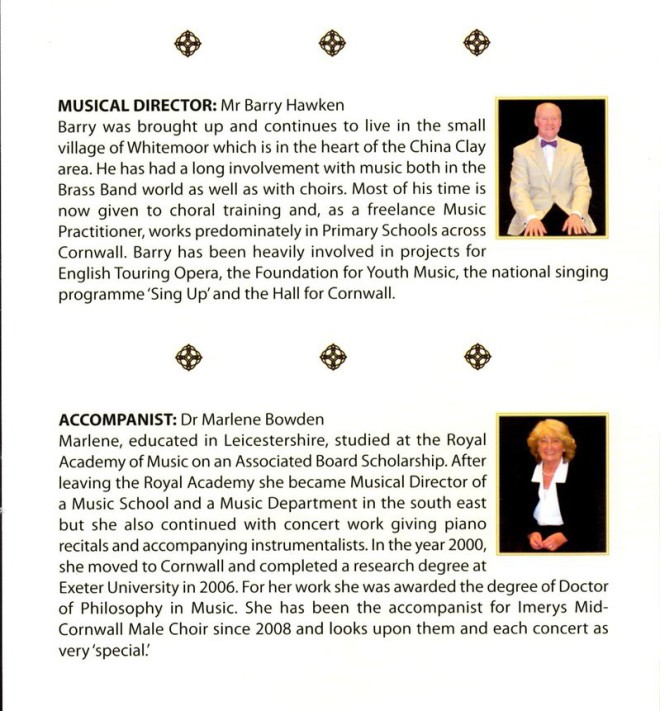