On the following pages you’ll find information concerning the musical activities of the Imerys Mid-Cornwal Male Choir, as well as the regular rehearsal times and any upcoming concert dates in the St. Austell area﻿. Drop in and join us!

The popular saying 'Music brings people together' might well be our motto! We are a very varied group of people, all bound by our love of music. In addition to our aim of achieving a high musical standard, the spirit of fun, conviviality and belonging is extremely important.﻿  We hope that our music brings pleasure to our audiences just as it brings enjoyment to us to perform. 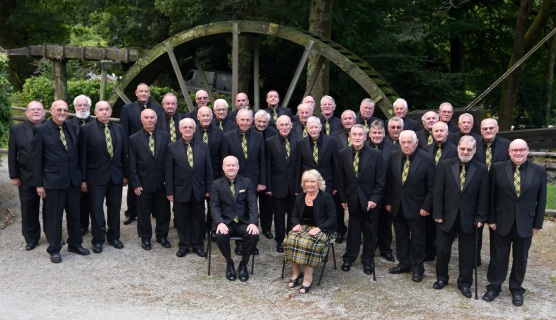 The Choir has had unprecedented success over the past two years and is now over 40 members strong under the musical directorship of Mr Barry Hawken. In 2008 Imerys Engineering Male Voice Choir amalgamated with St. Austell Male Voice Choir and this has proved very successful. The Choir, now known as Imerys Mid-Cornwall Male Choir has undertaken many exciting music projects such as singing in the Hall for Cornwall and recording one of their songs for the BBC 1 programme 'The Great British Countryside'. They also provided the musical setting for the film premiere of 'Days of Clay' shown at the Bell Theatre, Brannel School. Most recently they were part of 'Kernowyon A Gan' Men of Cornwall Sing at The Royal Albert Hall in November 2013.